Welcome back to a new article in my Intro to Programming series. In this quick blog post we will learn how to include code comments in our programs.

What are code comments

So what are code comments? Code comments are pieces of text that are meant to be read only by humans. They exist in order to offer clarifications, talk about trade-offs, serve as reminders or warnings, or mention possible improvements that can be done to the code. Code comments are spread throughout a program and are typically ignored by a computer. Essentially, code comments are a way for you, the code author, to communicate with other humans who might read or change your code in the future (including your future self).

How to create code comments in Python

In Python, code comments are marked using the # symbol. For example:

Note how Jupyter notebook knows that this is a comment, so it formats it differently than regular code (it's in italics and green). This line of code will be skipped by the Python Interpreter - and that's a good thing because it really would not know what to do with it.

Code comments can spread across multiple lines. Simply put a # at the beginning of each line containing a code comment:

NOTE: Generally, you should wrap your comments so that the lines are not too long. This makes comments easier to read.

In Python, everything that comes after a # is considered a comment and the Python Interpreter ignores it. This means that you can include comments on the same line as actual Python code:

When the Python Interpreter reads this line of code, it will define a variable called euro and it will assign to it the value 202. It will then ignore the rest of the line (everything that comes after the #), since that's a comment.

Compare the code above with the following lines of code:

In line 4, we have the following code: # euro = 205. This whole line is a code comment because, as mentioned above, the Python Interpreter treats everything that comes after a # as a comment, even if it is actual valid Python code.

Because line 4 is commented out, that code never executes, so we can see in line 5 that if we inspect the value stored in our euro variable, it's still 202, not 205.

Code comments are as important as the code itself, if not more so. Computer code is a living thing: it constantly evolves and changes. Those changes are performed by programmers. Programmers benefit tremendously from clear, concise code, but they also benefit from clear, insightful comments.

You will definitely, at some point in your life as a programmer, hear the phrase: "good code is self-documenting". This means that good code is clear, has a good structure, makes use of properly named variables, functions, classes, etc. and is therefore easy to understand and follow without the need for lengthy documentation. This all is true.

However, some people have taken this to an extreme and claim that since their code is good, it is self-documenting and therefore does not need comments. This way of looking at thing is generally wrong. All programs that are non trivial include at least some lines of code that would benefit from a clarification, a reminder, or some other comments.

Here are some situations where you should use code comments:

So, in summary, you should use code comments sparingly and they should be clear and to the point. Remember, there is a cost to including code comments: in the best case scenario, they can slow down both the writing and the reading of code.

In the worst case scenario, code comments can become outdated and incorrect, confusing the programmer who is trying to understand your code. However, when they are truly needed, good code comments are crucial.

TIP: Always ask yourself: how will this code comment age? Will it be useful to someone? Will it remain accurate, provided that the code next to it does not change?

An example of an unnecessary code comment is the one below:

Why is this unnecessary? Because the code comment doesn't add anything that cannot be understood by just reading the code. It is quite obvious that the code assigns 17 to the variable favorite_number.

NOTE: When you write code comments, you should make the assumption that everyone who reads your code is familiar with the programming language you are using. Therefore, explaining what favorite_number = 17 does is unnecessary.

The example above, while unnecessary, is not harmful. However, there are situations where code comments can be downright misleading and confusing. For example: code comments that reference specific line numbers in your program.

Why is this an example of a possibly misleading code comment? Because as the program evolves, code lines will be added and/or removed and it's possible that, for example, line 31 in your program will contain completely different code than the code that was there when you wrote your comment.

NOTE: Never mention line numbers in your code comments! Programs are living things - they change and evolve and those line numbers will soon point to different lines of code.

Of course, in this category, we must also include comments that are just plain wrong. For example, consider a code comment explaining that a certain piece of code works a certain way, when in fact, it works in a very different way.

This should be pretty obvious. It serves no good to be mean in your code comments. Comments like "this code sucks" or "so-and-so is an idiot and this is why we must create this hack" etc. are not useful and create a bad environment to work in.

In fact, I would also go as far as saying that generally you should probably never include other people's names (or your own) in your code comments.

Before you ask why would you ever do that, consider that most software is written by teams, not by individuals. When in a team, it can be tempting to mention your teammates by name. But remember, code contributors can change. If someone is new to the code base and encounters a code comment about Tim - and Tim has not been with the company for more than 3 years now - how is this comment useful? Who is Tim?

As for the mean part, just don't do it. There are plenty of mean people everywhere as it is, no need to add meanness to software too. It only serves to make the world a worse place.

Before I end this blog post, I want to bring your attention to one more thing: just as code changes and evolves, so do comments. Keep this in mind. If you modify some code, make sure you modify the comments too, such that they still accurately describe the code. Outdated comments are a major source of confusion. 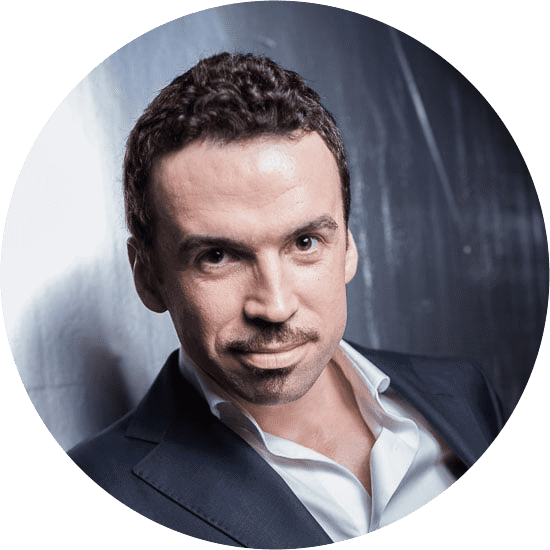 Ciprian is a software engineer and the CTO of Edlitera. As an instructor, Ciprian is a big believer in first building an intuition about a new topic, and then mastering it through guided deliberate practice.

Before Edlitera, Ciprian worked as a Software Engineer in finance, biotech, genomics and e-book publishing. Ciprian holds a degree in Computer Science from Harvard University.

How to Manage a Data Science Project
8 Critical Steps in the AI Project Life Cycle
Modern AI: Paradoxically Intelligent
Six Steps To Studying So It Sticks
Pitfalls in the Data Science Process: What Could Go Wrong and How to Fix It
Intro to Programming: Get your Computer Ready to Run Python